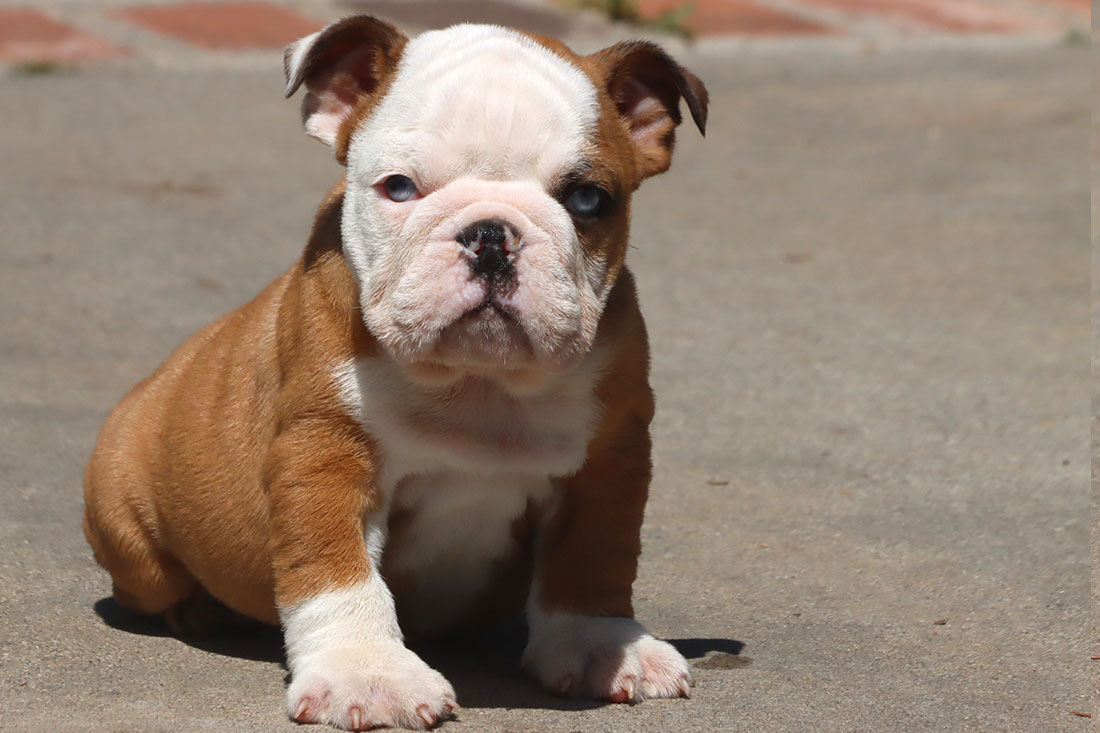 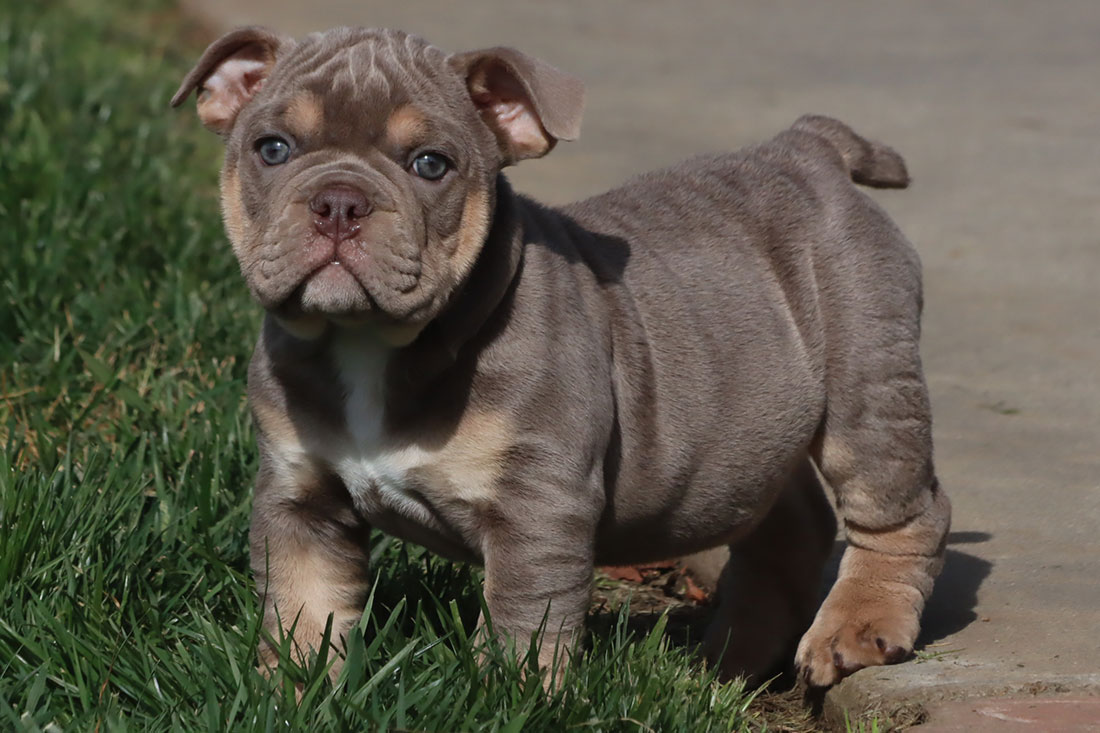 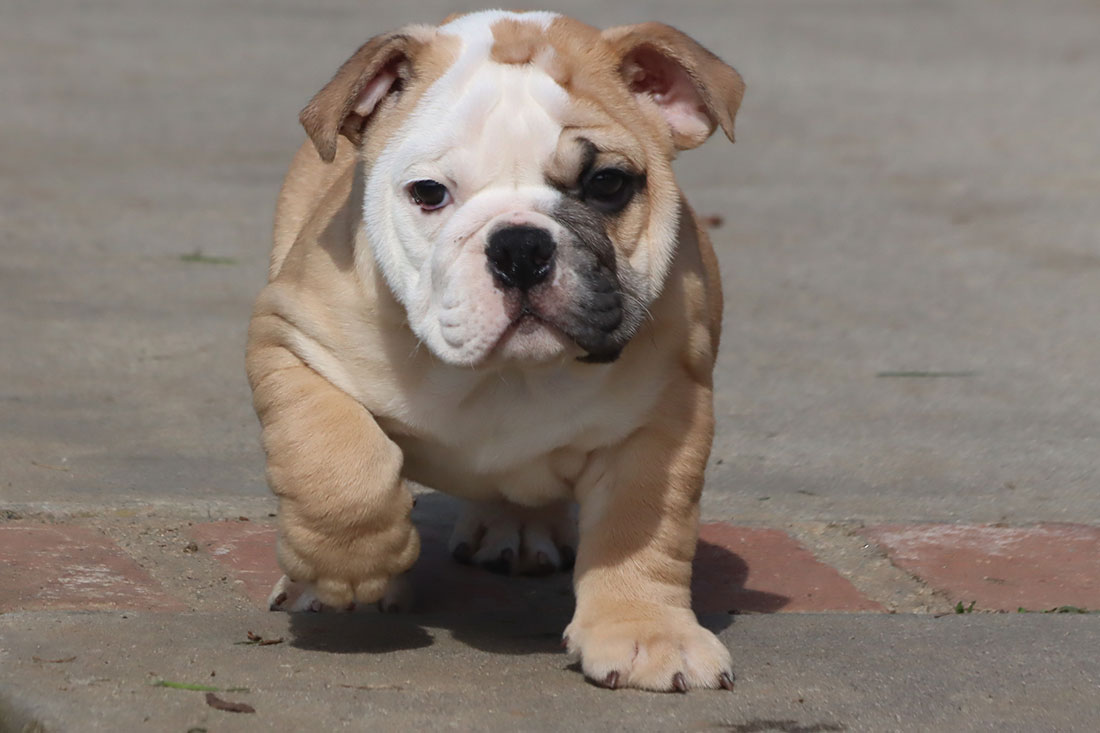 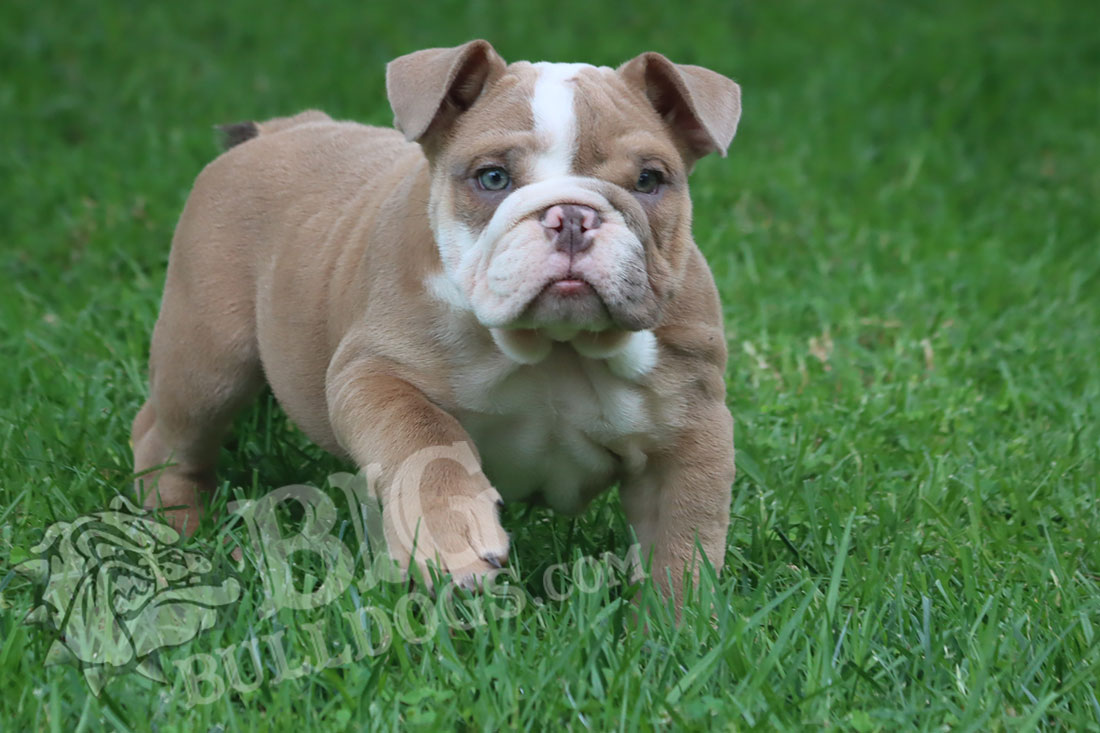 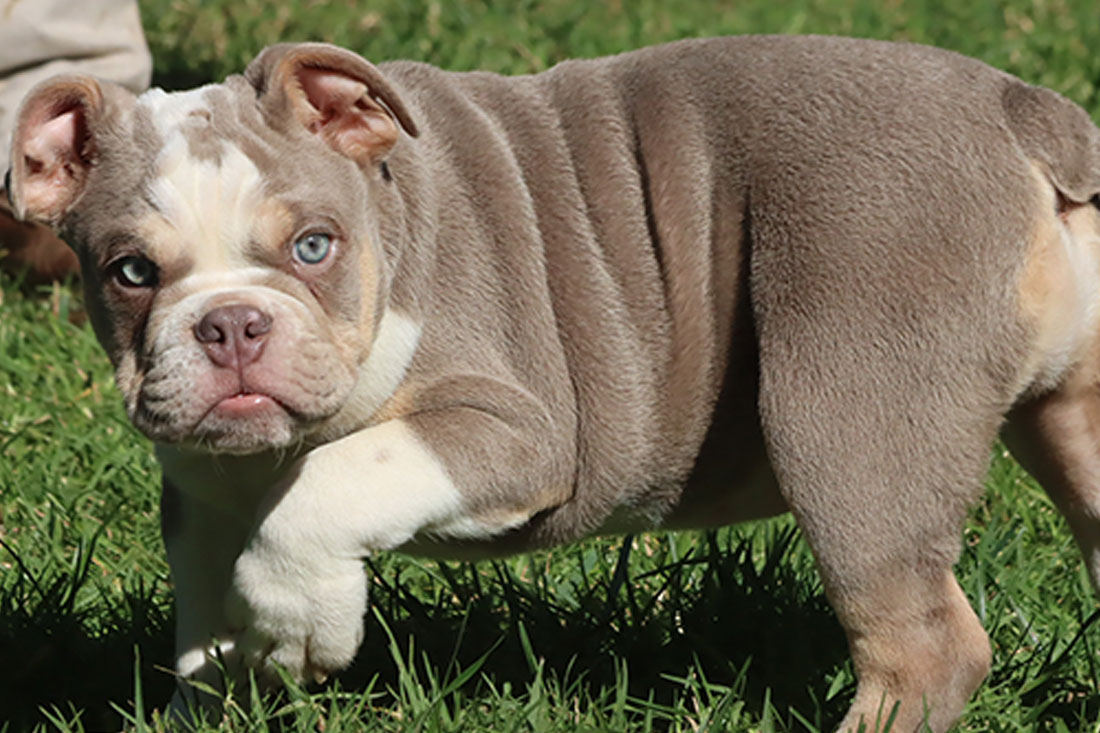 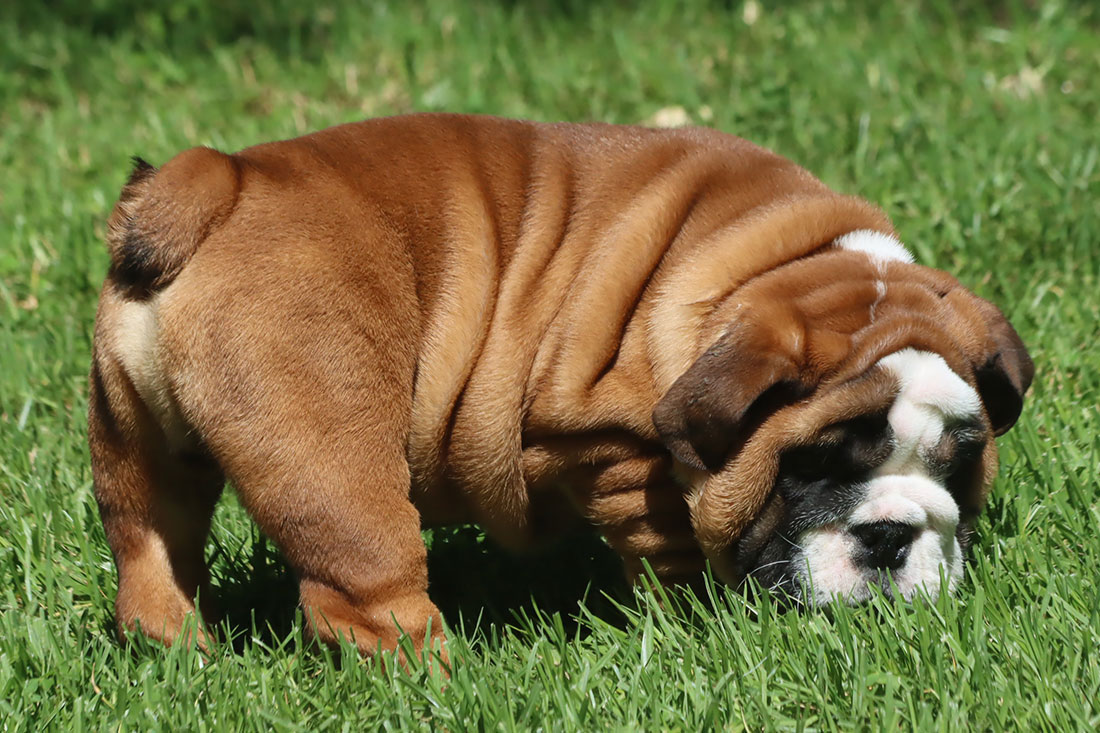 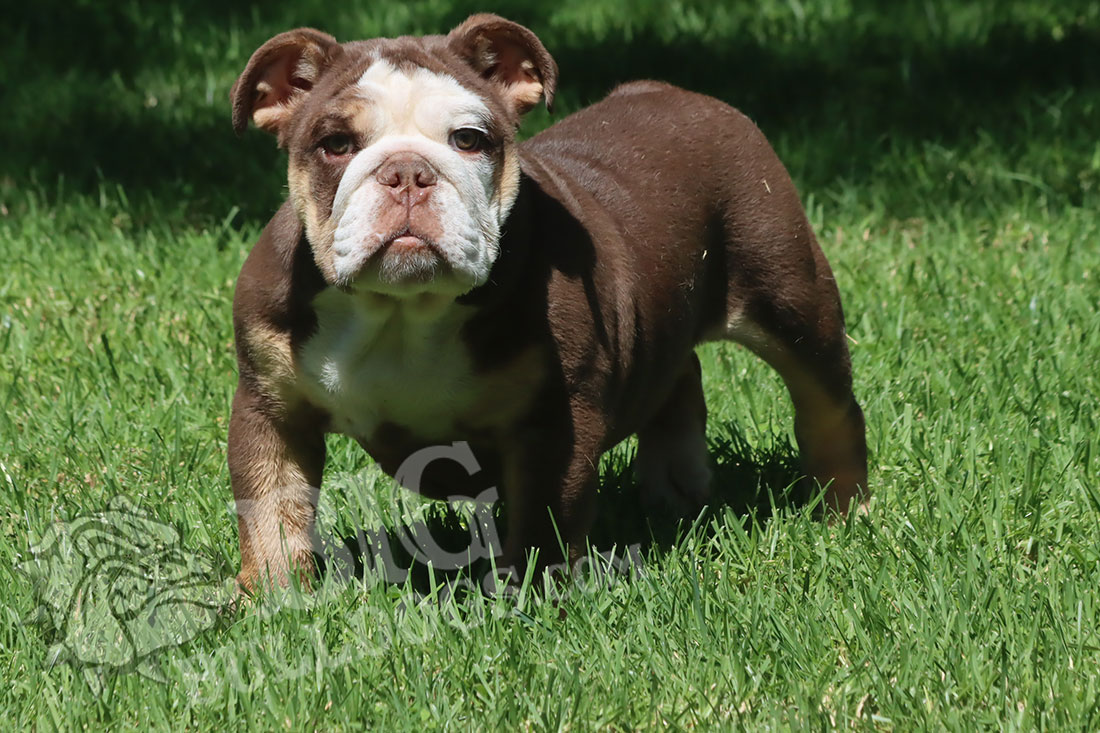 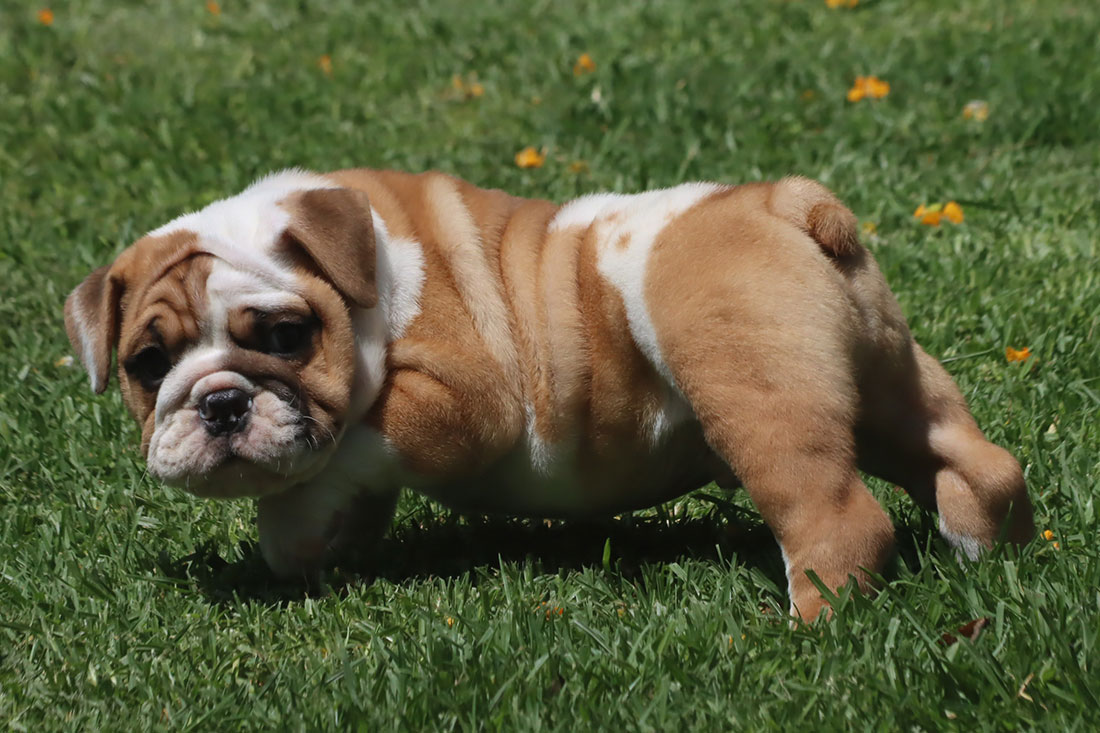 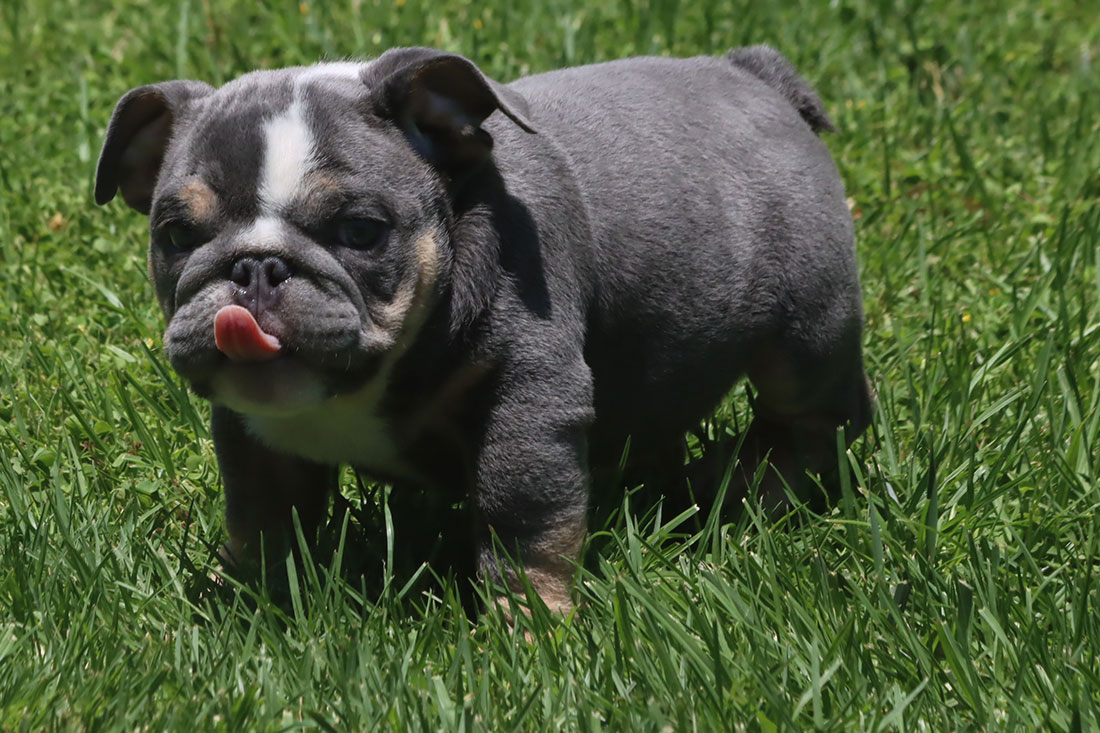 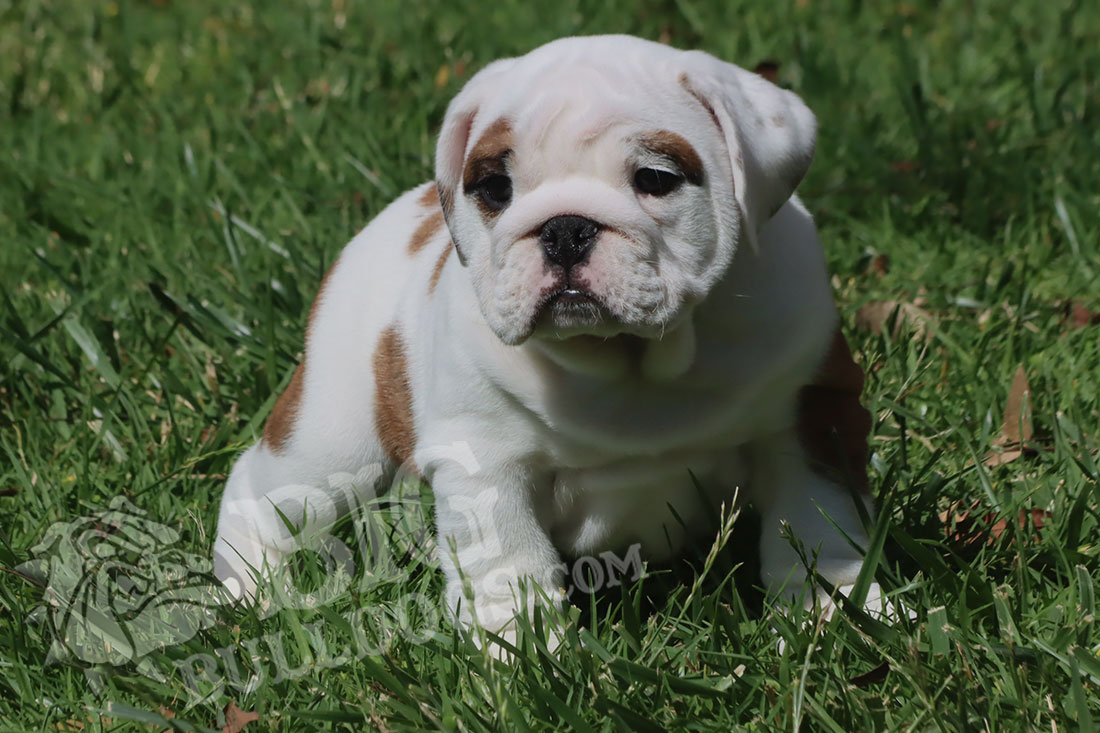 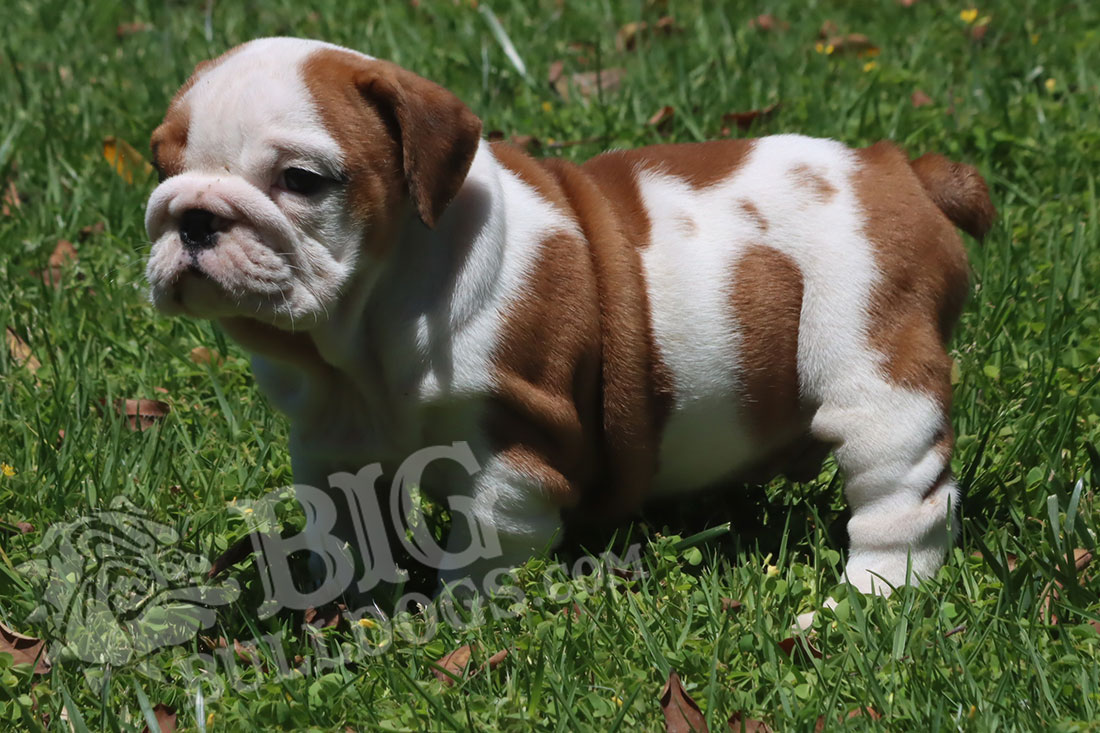 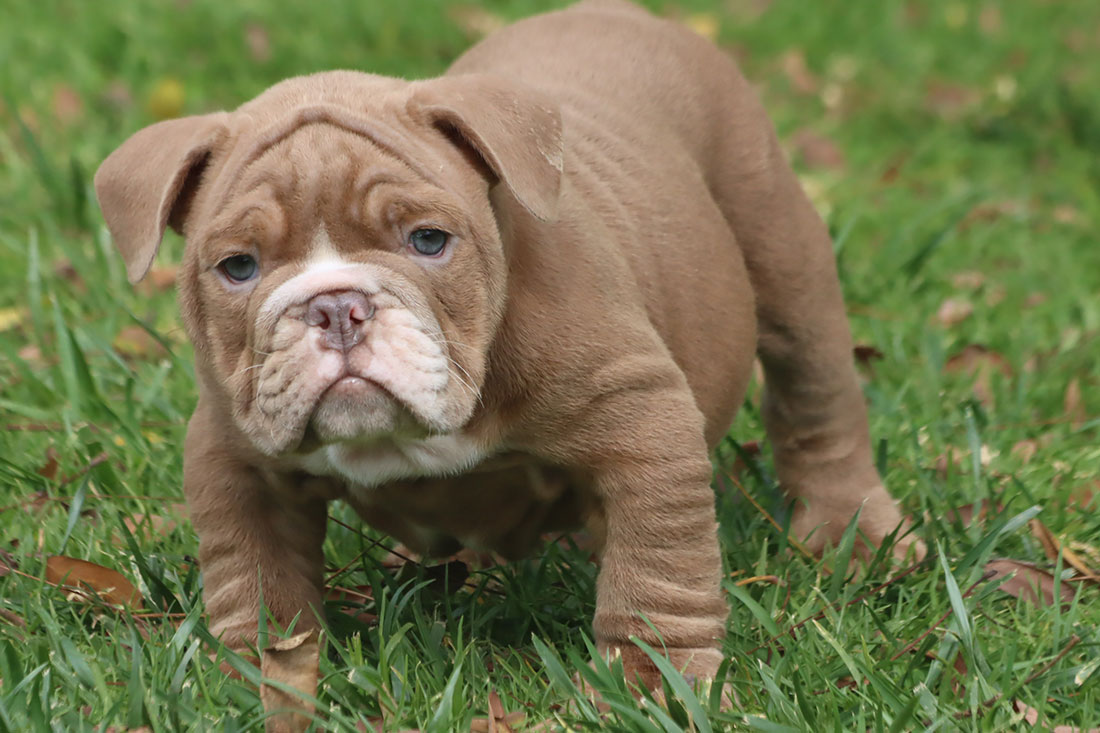 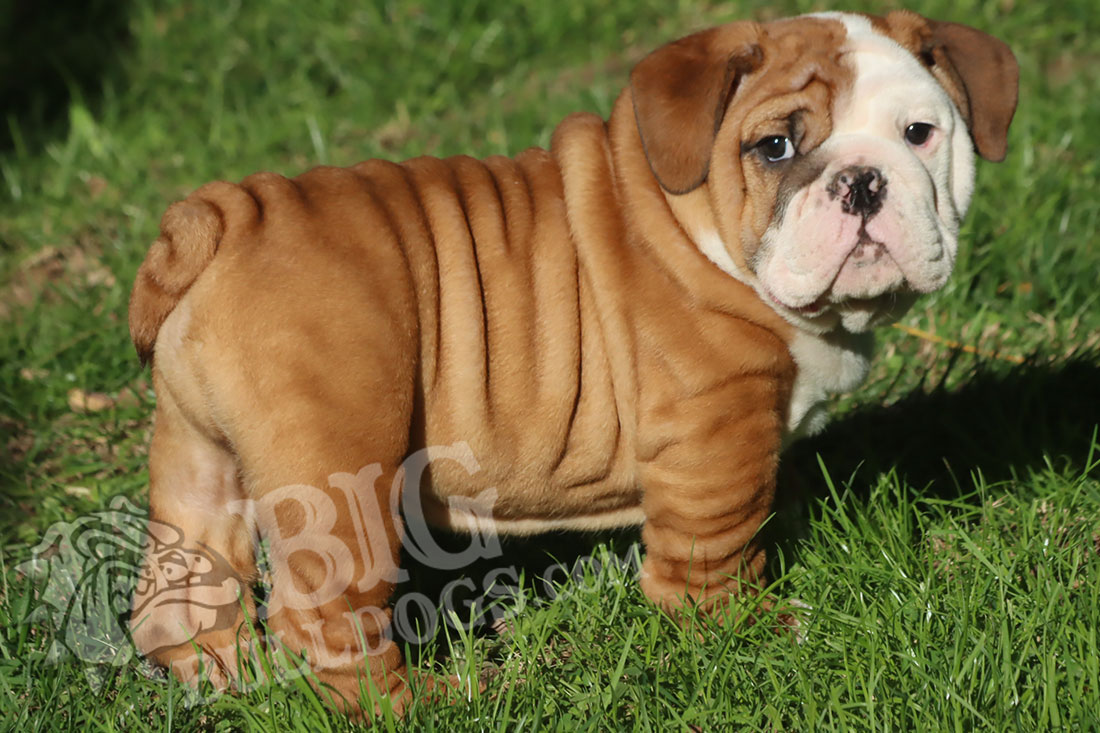 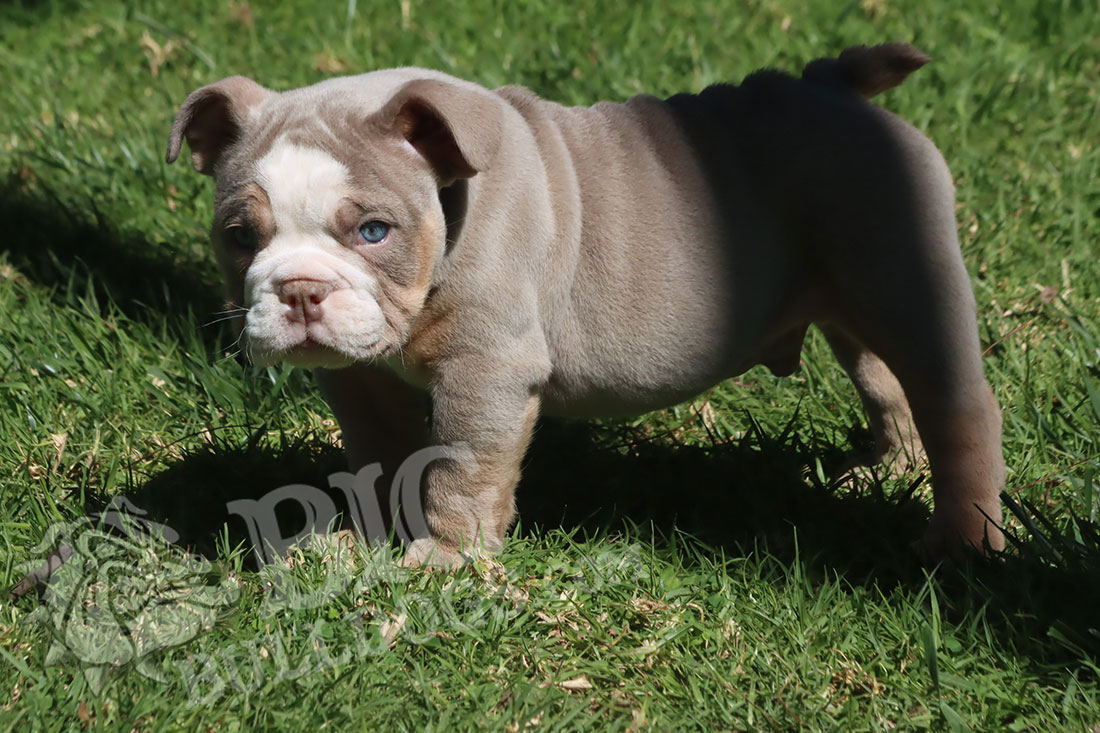 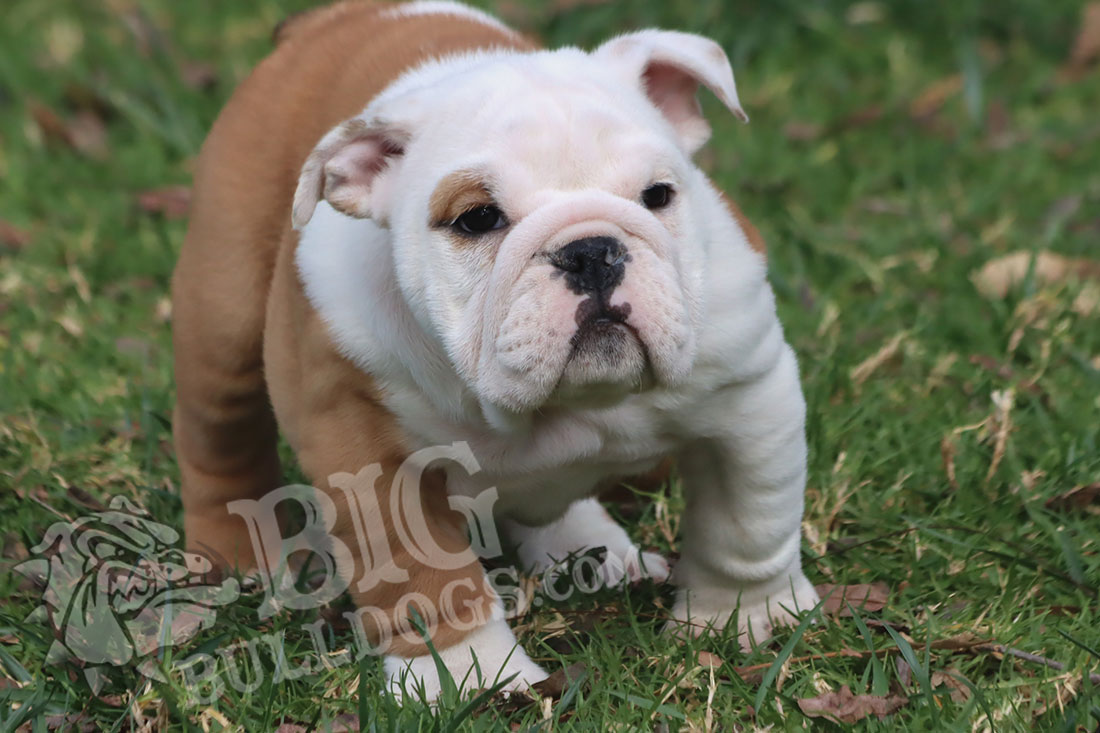 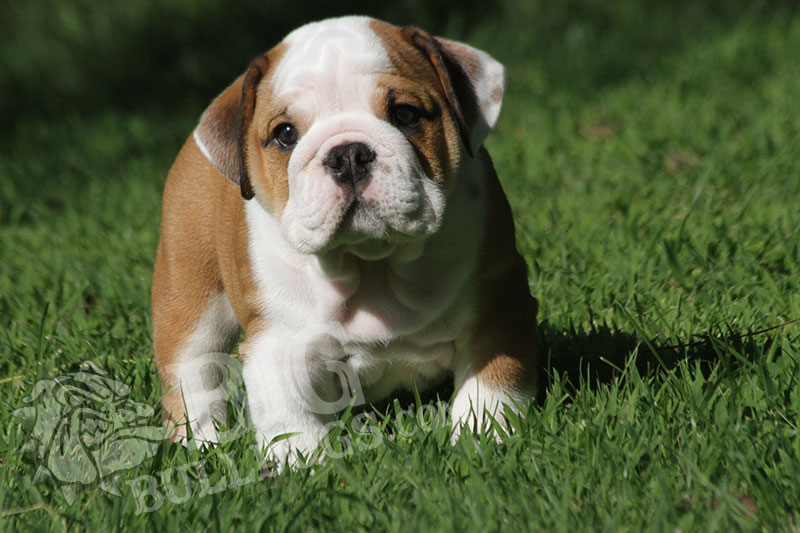 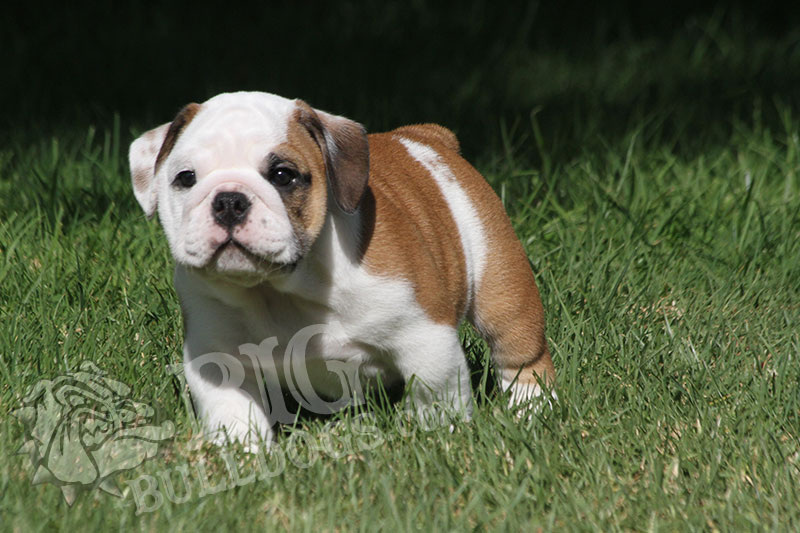 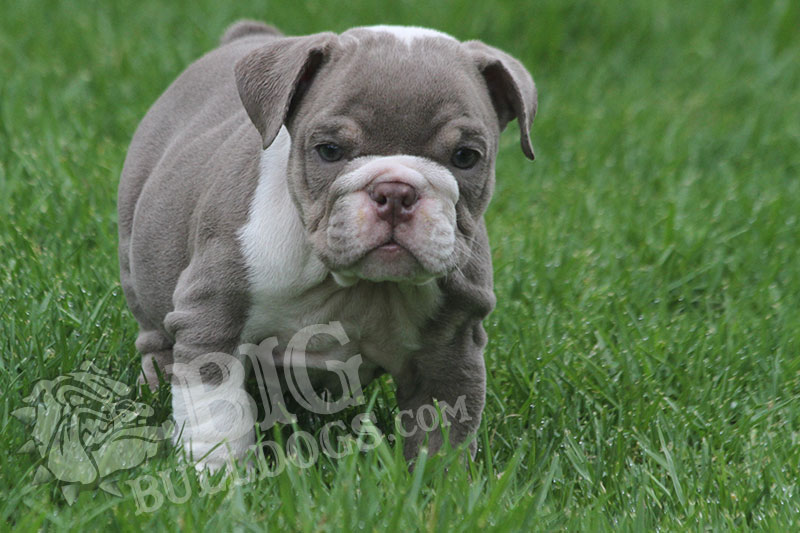 Male English Bulldog Puppies
English bulldogs are a very famous breed of dogs. They were initially used for herding purposes and for the bloody sport called bullbaiting; however, they have now evolved to be the perfect pet and companion for families and individuals. If you’re interested in getting an English bulldog for your home, there are so many options for you here at Bigbulldog.com. We have female and male English bulldog puppies for sale and grown big bulldogs, which are all of the highest breeding quality and peak health.

There are many features and benefits that come with getting English bulldog male puppies, such as the beautiful memories they will make with you or with your kids as the years go by. Here are a few features of male bulldogs that you should take note of.

Bulldogs generally are broad and muscular dogs with broadheads, fat, droopy cheeks, wrinkled skin, pointy teeth that stick out, and massive jaws that have incredible strength. They also have round and dark eyes with small thin ears that are folded back on their heads. However, the waddle that is produced by the short and stocky legs is more pronounced in males. This signature gait is described more as a rolling, shuffling gait that has their body roll sway slightly from side to side.

The male English bulldogs are also heavier than their female counterparts and weigh an average of 50 to 55 lbs. They also have a very slight height difference and usually measure 10 to 15 inches at their shoulder height. However, females may also have a stocky build that could sometimes match the height of the male or even surpass it. Another key feature of English bulldog male puppies is the head size difference. The head of the male bulldogs is slightly larger than that of the female.

Two differences that haven’t been officially confirmed but which owners standby are the genders’ aggressiveness and territorial differences. Some owners say the male English bulldog is more aggressive than the females to strangers and intruders. These distinct features that the male English bulldogs have are part of what makes them such a perfect choice for your home. Here are some benefits that choosing a male can bring you;

The male English bulldogs we have are sure to become grown big bulldogs that will be a fantastic companion for you and your family. This is because of several reasons, which include that they are very patient dogs and great with children, they are very playful and attentive, so you always have a great time with them. These bulldogs are also very affectionate and caring and very good at showing their love and appreciation for their owners and families; this is a dog you can cuddle with and feel relaxed.

Another benefit of the male English bulldogs is that they are lazy, don’t like exercise and are content to sleep, play a bit, and eat. This makes them great for families that are busy or for older persons. The male dogs are very peaceful, even with other female bulldogs or female dogs of different breeds. They also tend to bond with a specific person or people in the family they are with, so if that’s you, then you get the full force of their affection and protection.

With all these fantastic features and benefits, you must be itching to get your male English bulldog, and we have just the perfect male English bulldog puppies for sale for you. Our male English bulldogs are very healthy and made from carefully monitored breeding. We have these puppies at a variety of ages, from as young as eight weeks bulldog to up to 6 months bulldog and even older. They all have beautiful coats and would look perfect snuggling with you and your family in your home.

From Dapple Don, Pappy, The Don, Rip to Skid Plate, Furman, The Butcher, Sam, and Decoy, we have a variety of male English bulldogs that are just waiting for a new owner to share their love to.