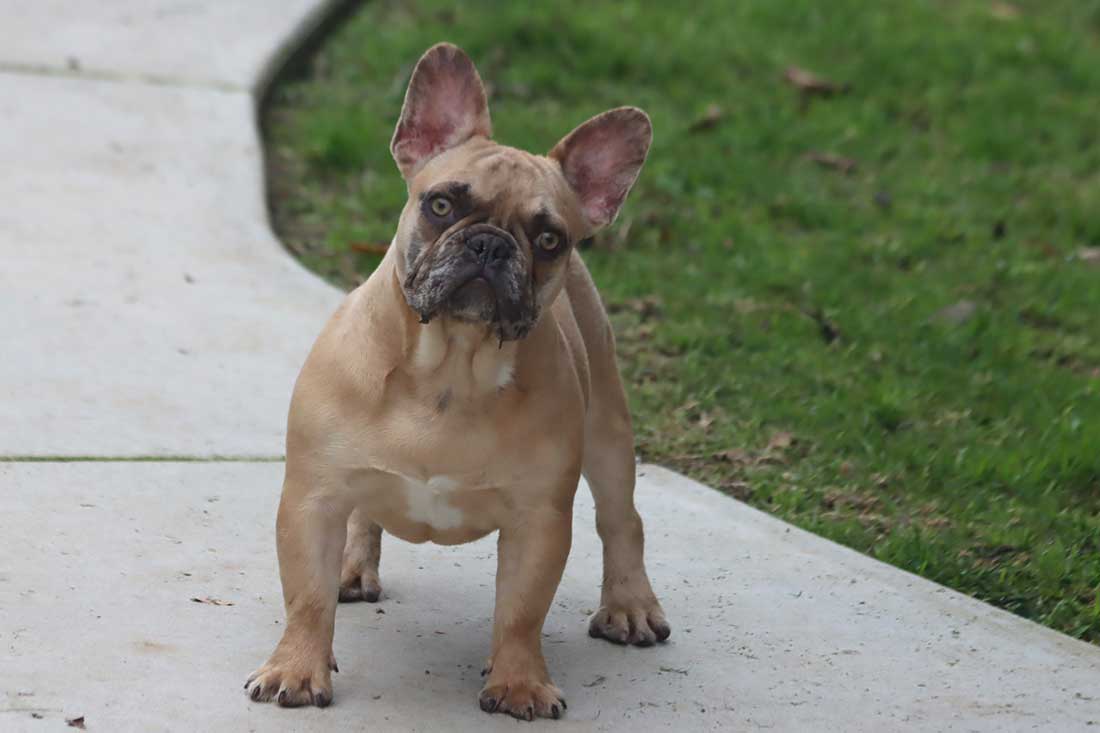 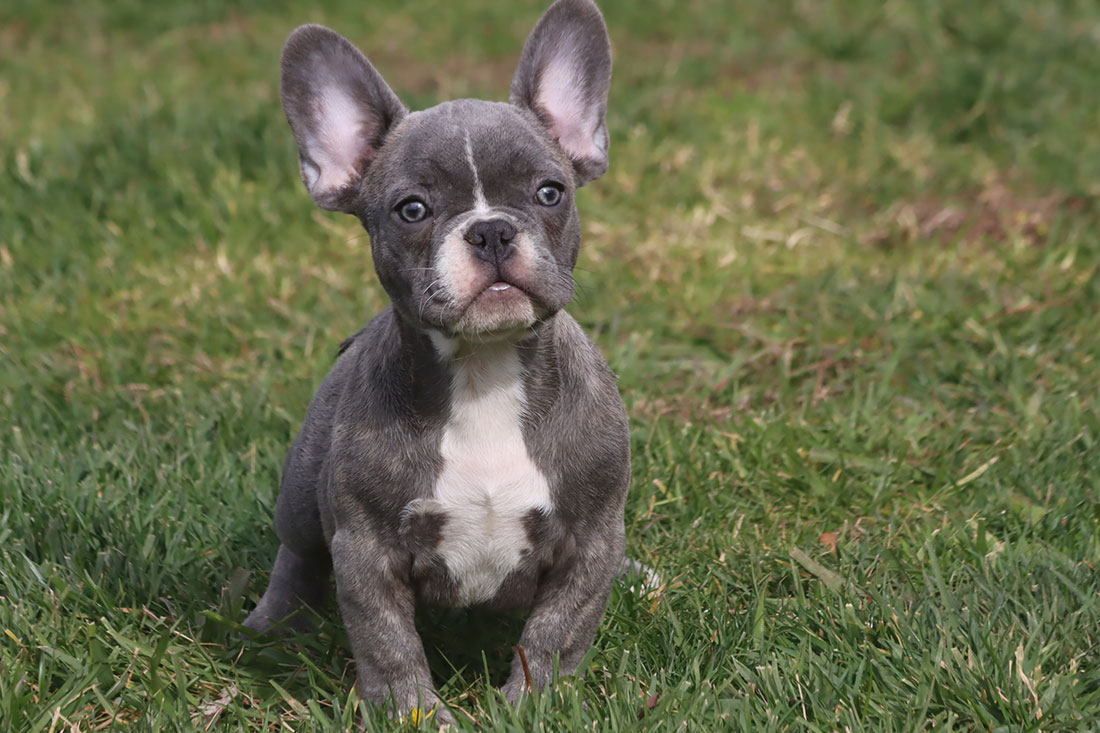 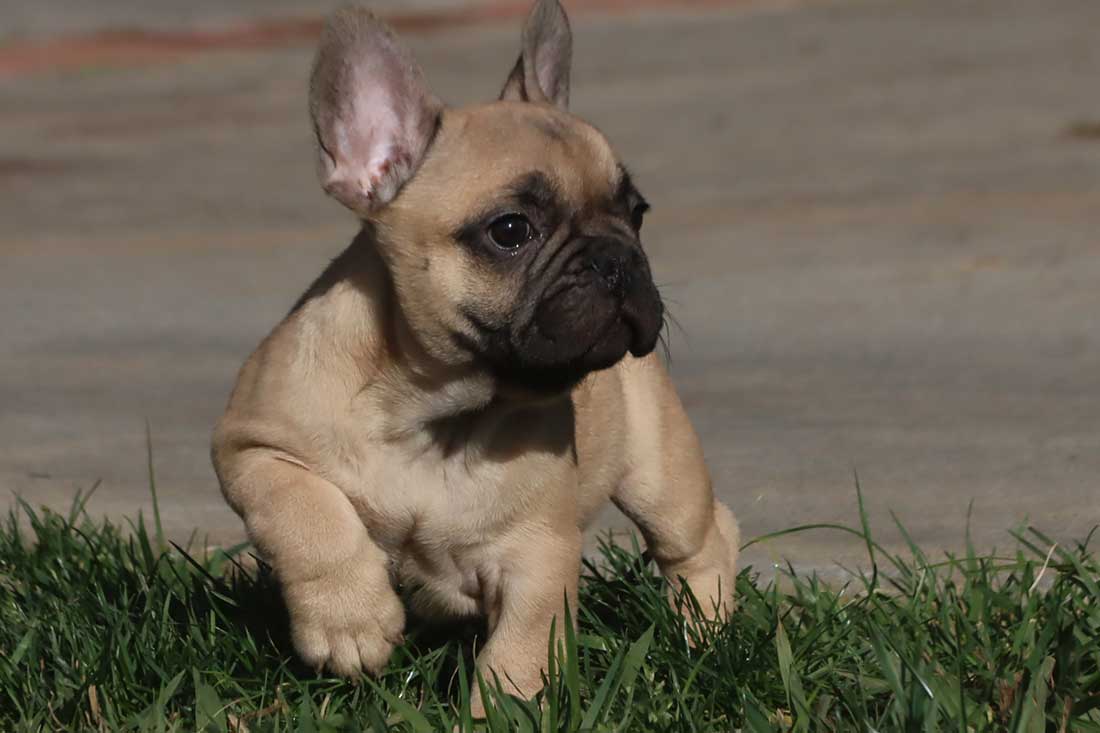 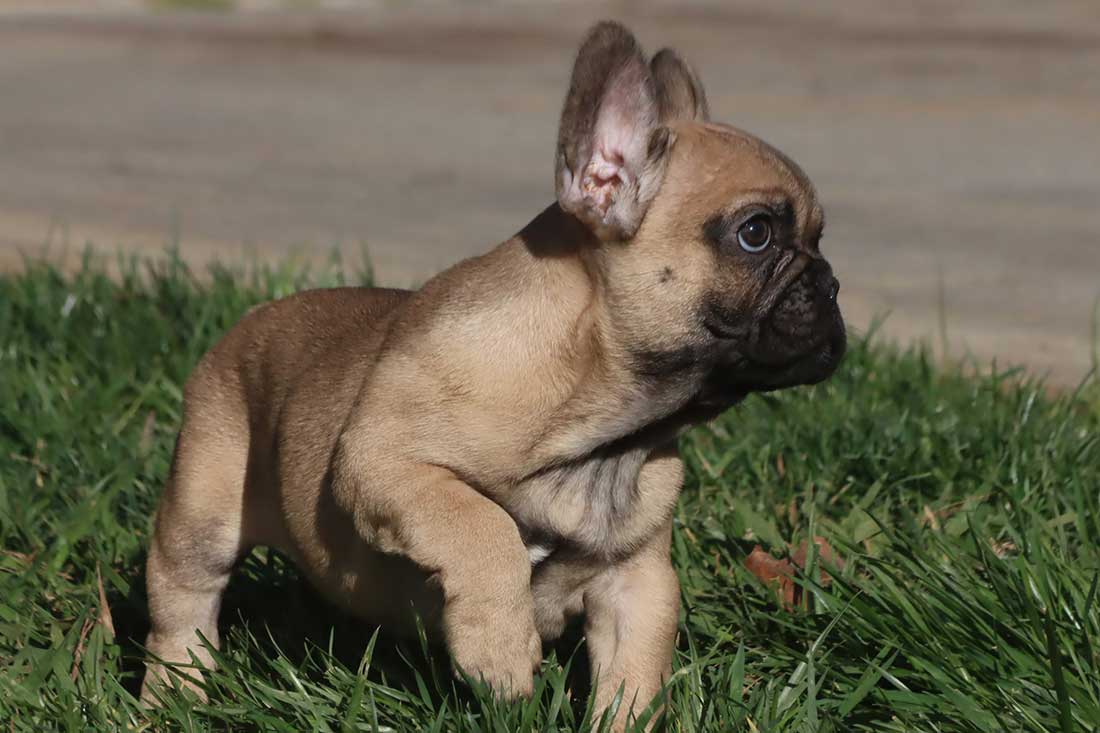 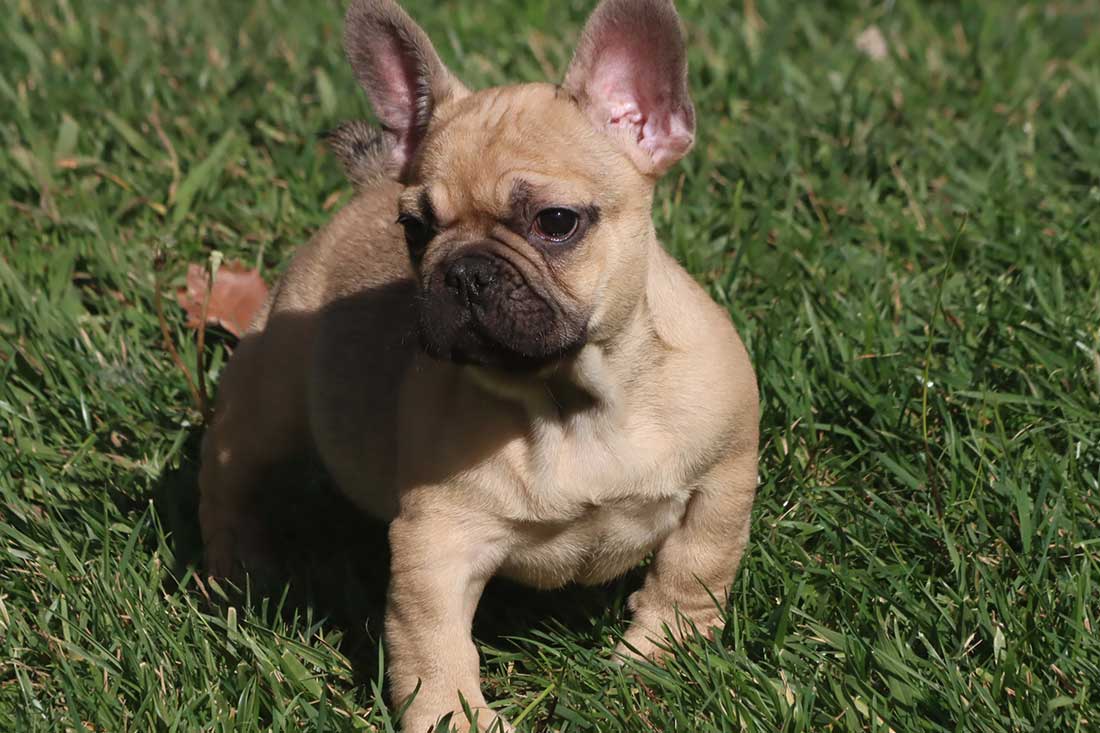 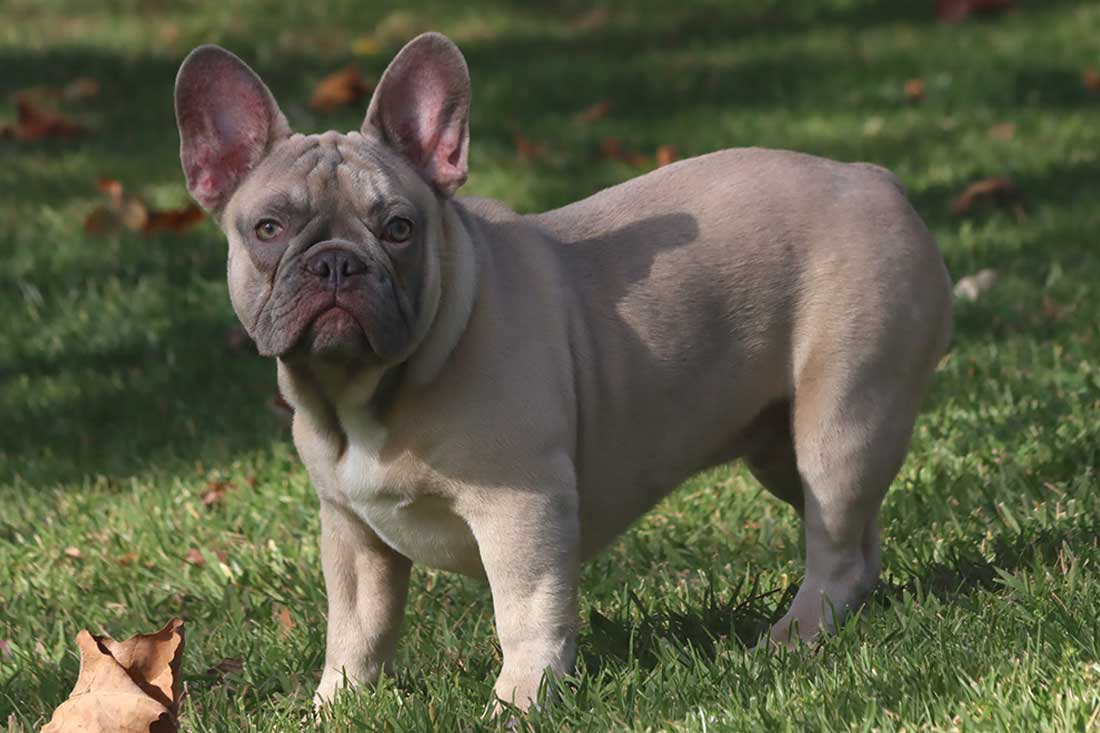 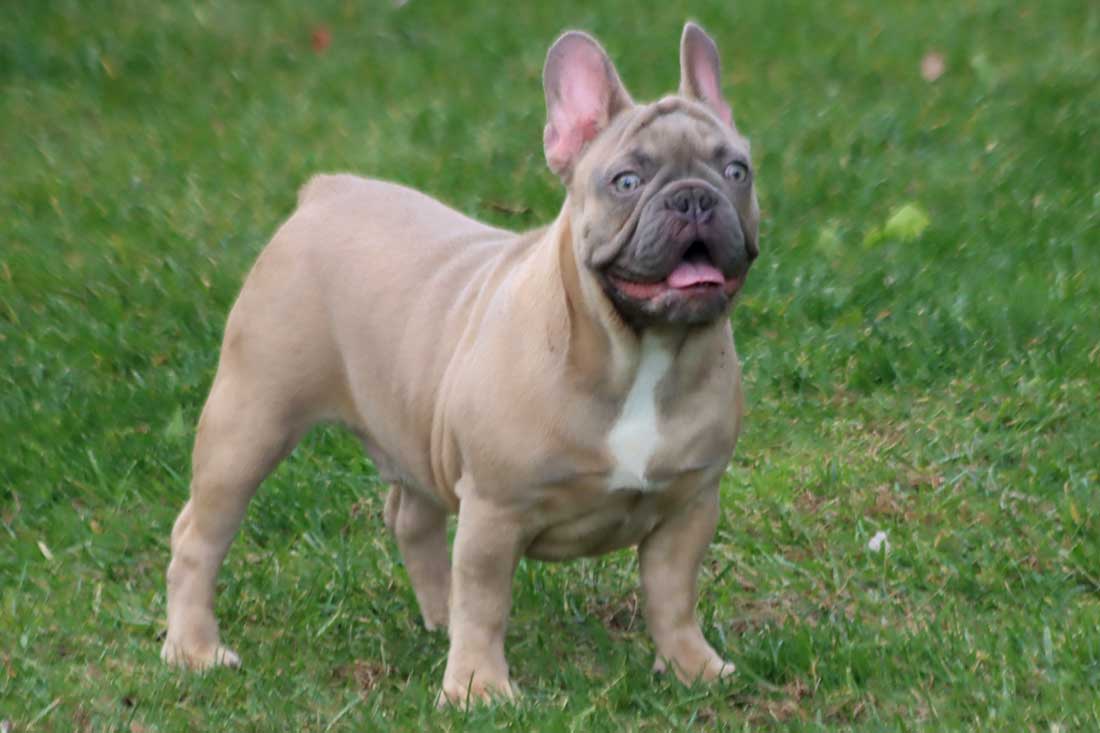 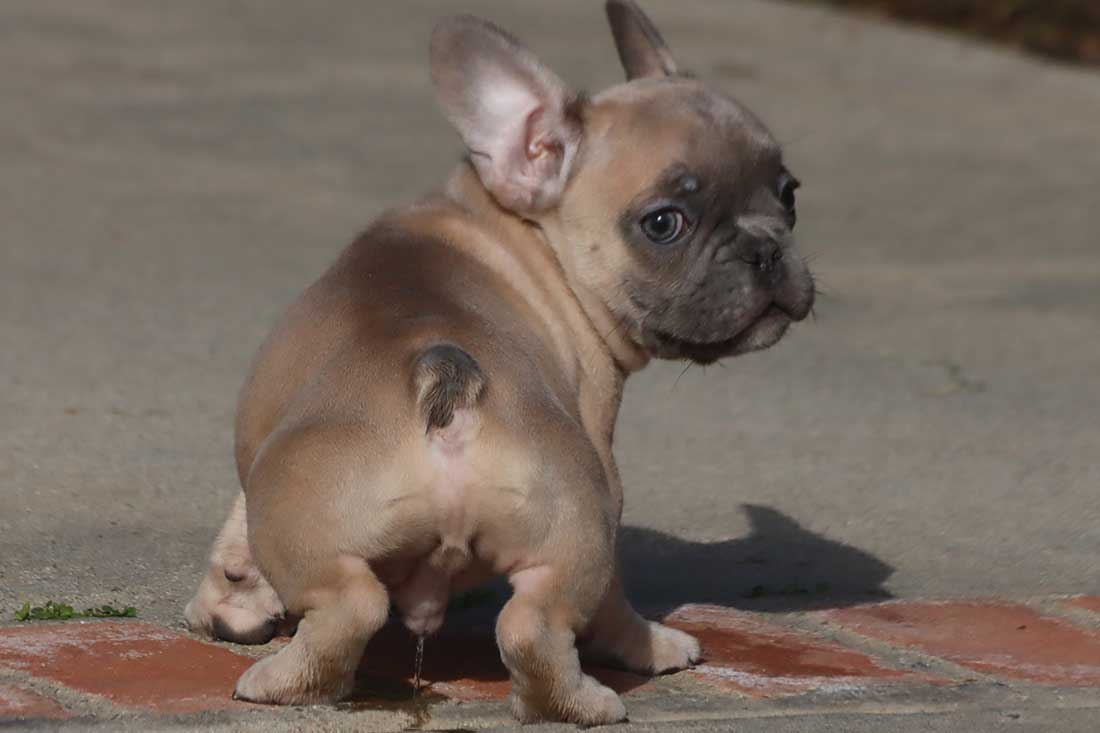 Male French Bulldog Puppies
Hi there, we understand that getting a dog is much harder than it seems, especially when it comes to bulldogs, as the two major breeds, the English bulldog and French bulldog, are so popular and have such cute dogs. They also have very distinct and different body structures, as the English have a stocky build with lots of skin flaps and fat packed onto their body, while the French is much smaller, slimmer and has the signature bat-like ears that protrude out from their heads.

Male French bulldogs and their female counterparts are very similar, but there are distinct features that the male have that set them apart. This includes the larger physical build, larger-sized heads, and the heavier weight males usually have. The average male French bulldog typically weighs between 21 to 28 pounds and measures 11/12 inches in height, which is a few pounds and an inch or two higher than the average female French bulldog.

When it comes to personality and character, there is also a common disparity between the two genders. The male dogs are usually more assertive, naughty, playful and friendly to people, female bulldogs and dogs of other breeds. However, as typical as this personality is, a substantial influencing factor in the character of your male bulldog is the training they received, the environment they were raised in, and the approach and care you give to them. There is also the effect of neutering. Neutered male French bulldogs have a much calmer and dampened personality than those who aren’t neutered.

One important feature of male French bulldogs is their naturally dominant and stubborn character and tendencies. They are more likely to mark their territory, whether inside or outside the home. In contrast, they are friendly, pleasant, and definitely more attention-seeking and needy than their females. They are also not very active dogs and are perfect for very busy or elderly families.

If you think these features are a perfect fit for you and your home, then it’s time for you to pick from our selection of French bulldog male puppies. Every puppy we have is carefully planned with the best breeding, well-groomed and adequately taken care of to ensure they are in their peak health and will be the perfect companion to you and your family.

Our French bulldog male puppies are as young as 8 weeks bulldog, and go up to 12 weeks old bulldog with the smoothest coats and healthiest skin and bodies. We’ve named these cute puppies various names from Tavo, Chata, Bunny Bull, Deacon, Gino, Diesel and many more. With our French bulldog male puppies, we guarantee that you’ve gotten a companion to grow up with and create beautiful memories.